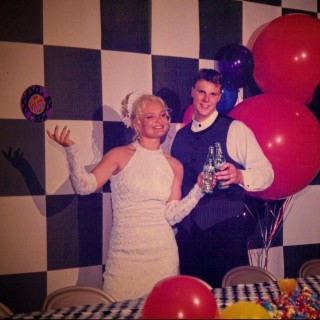 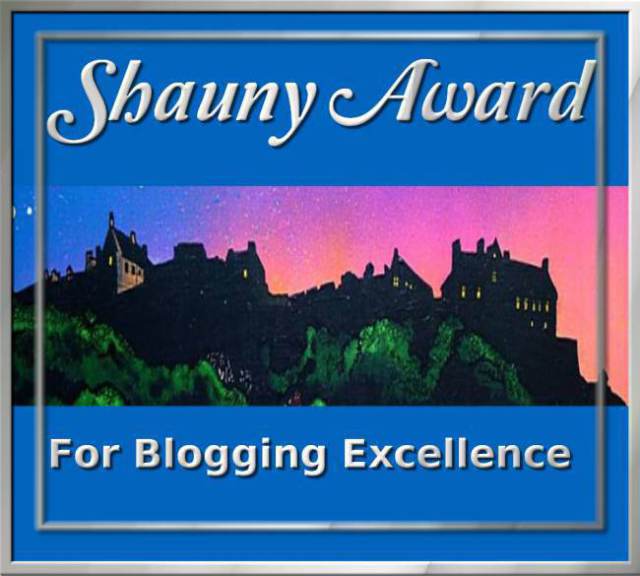 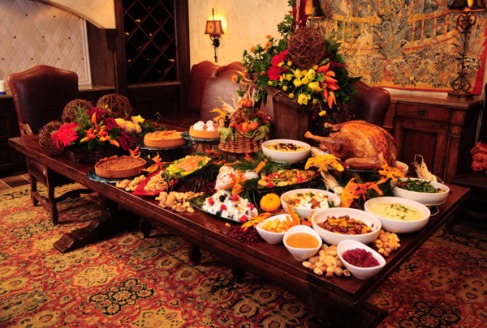 Awe… The picture of Thanksgiving perfection! …or is it?  Each year this ideal is what we hope to recreate for our families – the perfect menu for the perfect family… ours!

Doesn’t that table look beautiful?!  And that meal, ahhh, to die for!  I don’t know about you but I’d like to pull up a chair and dig in!  Too bad it’s not mine – ha!

Most years I eagerly anticipate Thanksgiving… the smells filling the house, the ham… the turkey… the potatoes… the pie… yummm.  I get exciting thinking about the guests coming to share it with us, cleaning our home, shopping for ingredients, planning the menu, making each person feels special by making their favorite desserts and having their favorite beverages in the fridge – I LOVE IT!  But this year… not so much.

This year as Thanksgiving approached I felt, I don’t know, different.  That usual anticipation never arrived.  The excitement, joy, thrill… none of it was flooding my mind.  Instead of eagerness – dread came, instead of joy – melancholy, instead of thrill – stress (and large amounts of it).

This would be our first Thanksgiving here.  Family was not coming.  All I could think of was the amount of money I’d spend on a huge meal, of which, mostly would turn into leftovers, and because my hubby isn’t a left over fan, would eventually turn into trash.

Each day I forced myself to plan, to prepare but as I headed out to the grocery store, something happened.  I began thinking about thanksgiving – about what that word means.

n.
1. An act of giving thanks; an expression of gratitude, especially to God: a hymn of thanksgiving.
2. Thanksgiving Thanksgiving Day. (http://www.thefreedictionary.com/thanksgiving)
I don’t know about you but that is not what was going on in my heart.  Being thankful?  No, being stressful was what was going on.
I called my husband at work, we talked it over, and with very little chatter we tossed the whole idea of a traditional Thanksgiving and decided we’d do something we truly would all be thankful for…  we decided we’d wing it, no planning, no preparation, just relaxation…  Oh the relief in hearing the agreeable tone in my husbands voice… he got it.  He understood how it could all be overwhelming and he was on board!
We went to the store the day before Thanksgiving everyone picked out their favorite pie from the bakery, pre-made of course, we picked up some snacks and away we went.  As we were walking through the aisles I felt awesome!  The grocery aisles were filled with last minute shoppers, and the rest of the store was filled with early bird shoppers getting a jump on black Friday.  They were all hastily moving from aisle to aisle, on their phones… it kind of made me wonder if this was Thanksgiving or, it’s ugly brother, Stressgiving.  Nonetheless, in that moment guess what happened.  My heart filled with thankfulness, the eager anticipation arrived, the joy for the season filled my heart to overflowing.
We went home, played games, and enjoyed our little family.  Thanksgiving morning arrived, one by one everyone woke up when they woke up… no smells filled the house… but love did, and thanksgiving was absolutely present.
We ran to the store for some medicine, which lead us to the gas station, which lead us to breakfast at a restaurant with a play area.  We sat their and had a great time, just the two of us, while our kids played… relaxing and connecting.  At the play area was a father with two boys who admitted he was there because his wife gave him the kids that morning and said don’t come back until 2.  We all chuckled over that… I knew where his wife was coming from – ha!  Their family was arriving at 2:30, they’d spent the day before cleaning, and now she was preparing their feast – no time to re-clean, and the only way to ensure it stays clean, is to get the kiddos out of the house – enter dad.
While we were there we saw a few more dad’s coming in with their children and we just smiled.  After breakfast we piled in the car and went for a drive.
We spent the rest of the day at the park, playing football, playing clue, just being together.
For dinner, we drove around and ended up at the neatest place, the movie tavern. 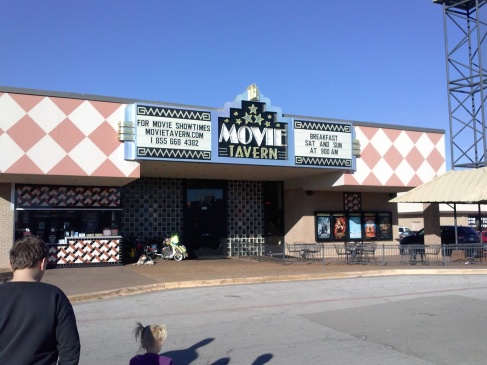 (http://movietavern.com – best business idea ever!) It’s a movie theater that serves dinner as you watch a movie – seriously, can there be a better combination?!  We watched *Frozen* and ate our non-traditional thanksgiving meal… and yes we had fries with that 😉 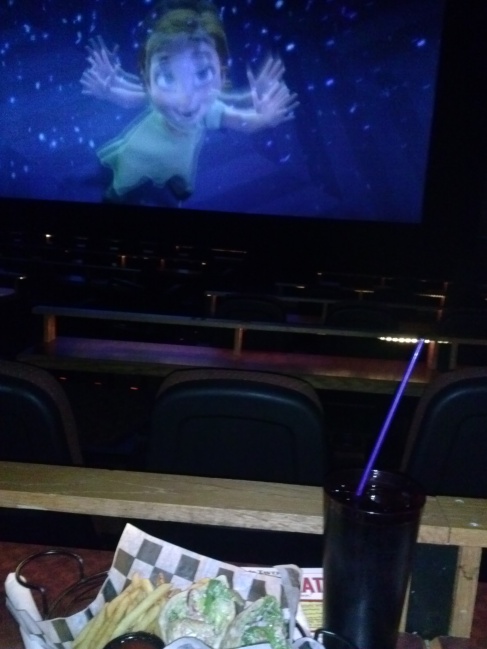 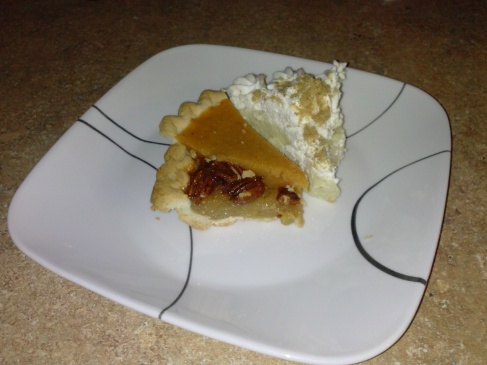 My daughter just brought me this plate of “pie heaven”, as she calls it… as I look at it I think of how each one tastes so different, how each one looks so different, and how each one represents someone’s *favorite* in our home.  It reminds me that each year the act of giving thanks may look different too, but to the giver, it is equally as sweet!
Who know’s what next year will bring… but I’m thankful for this one.  Happy Thanksgiving weekend, I hope you enjoy all of the blessings in your life!
How about you?  How did you celebrate this year?  Traditional?  Not so traditional?